Blues riffs - 13 Epic Riffs/Licks That Are Must Learns

BLUES RIFFS: 13 EPIC RIFFS/LICKS THAT ARE MUSTS TO LEARN

Relax with some blues and learn some easy riffs & licks to expand your playing!

A guitar riff is a sequence or cluster of chords or notes that are incorporated in a song and it can either be heard once or repeated several times.

It is often the most notable part of a song hence why musicians love incorporating it, with this a bonus as they are easy to learn and very catchy.

Usually, the purpose of riffs is to either be a decorative element or be the song’s basis, and some of the famous guitarists who have produced some outstanding riffs include Alex Lifeson, Dave Grohl and Jimi Hendrix.

Therefore, if you are looking to perfect your guitar playing skills, here are 13 blue riffs that you need to learn. Consequently, you will be on your way to becoming a recognizable guitar player among your peers and listeners alike. 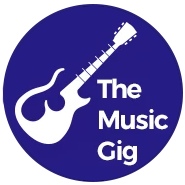 Unlike other blue riffs, this relatively difficult to learn as it incorporates a Third Finger rollover that is semi-tricky to learn when playing the 7th fret notes found on strings D and G.

While practicing this riff, you should hold back any temptation to repeat the same action using your first finger on the subsequent two notes.

This is because a rollover does not lead you to an ideal spot for the necessary small bend.

Furthermore, replant as well as make use of your first finger’s tip to make the bend. 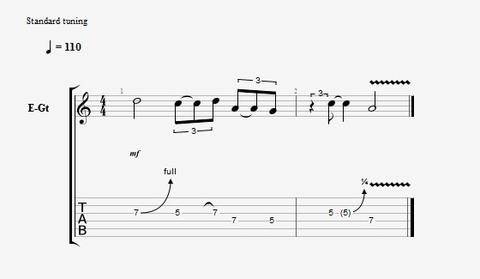 This is also another essential tip that you should look to learn, with riff 6 going direct to the core of Em7.

Nevertheless, it can also work above the E7 if you handle it properly.Additionally, the cool element of this riff is that it tags twice in two octaves the Blue Note/Flatted 5th for an extra addition of grease.

Lastly, this position was often used by Stevie Ray, as evidenced in his song “Pride and Joy.”

To play this riff, you need to go back to the Minor Pentatonic Scale, with the most challenging part being the two-fret bend present on the G string which opens the lick.

For you to successfully pull off this riff while in tune, you need to include the whole step or two-fret bend.

However, this requires lots of dedication and practice since a poor bending skill is among the fastest ways of producing a horrible sound with your guitar.

A simple tip to perfect playing this riff is to start practicing to play the 9th fret note that is found on G because this is your target tone.

Subsequently, switch back to the 7th fret and aim to match the fretted pitch to the one that is already bent. 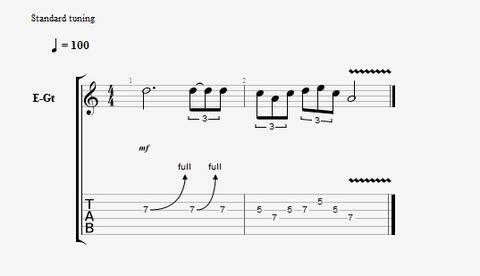 It works either in Latin or Minor Blues situations and is more reminiscent of Carlos Santana’s style rather than SRV.

Furthermore, it features plenty of notes inside it with this perfect as it provides you with the opportunity to include more variations to invent.

When playing this blues riff, you need to do so extensively as this guarantees it carries added weight compared to if you are simply shredding through it. 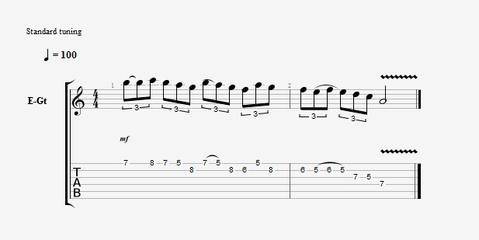 This is one of the crucial blue riffs which you need to learn, and it entails you heading over to the old Minor Pentatonic pattern.

On top of that, it also incorporates the hammer-on note on the G string’s 6th fret, and this results in a unique A7 sound.

When playing this riff, you technically are hitting from the C Natural (Minor Third) towards the C# (Major Third) with this a vital blues guitar technique.

This is because integrated into the majority of the blues are both Thirds similar to this one, with this a signature of this particular style.

Nevertheless, you should confirm that you are using it over A7 instead of A Minor to avoid experiencing any struggles with your hands. 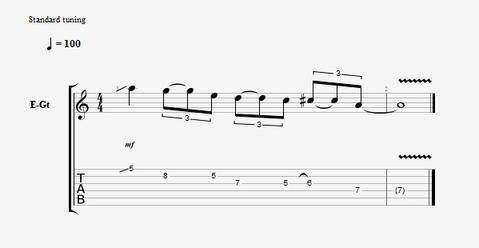 Whereas it is found in key A, it is up by one octave from its related cousin the Riff 3 and has a similar box shape albeit being up two frets and spread over two strings.

It also features a subtle Albert King quality that perfectly rhythms with anything.Despite this blur riff being straightforward to play, you need to play it with a sheer passion for it to come off remarkably.

When playing this riff, the most challenging part you will experience will be bending the first up and consequently bringing it down noiselessly.

Therefore, to successfully pull off this riff, you should aim to perfect your string muting techniques. 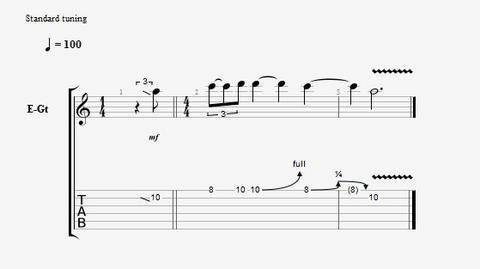 It is a classic B.B. King magic and among the most famous blues riffs that you should prioritize to learn.

Using this riff, you can create a phrase over the Major chord.This subsequently leads to the formation of a robust Dominant 7th sound, comparable to most of the blues ideas.

Additionally, it ends with a slight musical tension that is completely amazing.

To play this riff, you need to visualize it according to the F Major chord’s first position, which is often disliked by most novice guitar players, and then move it around several other keys.

For example, when positioned in the key of C, you should switch to other keys by placing the root note.

This means that C is over the high E string’s 8th fret on a different note/fret on an identical string when playing other keys.To better get a feel of this riff, move the lick upwards and downwards by one fret each time. 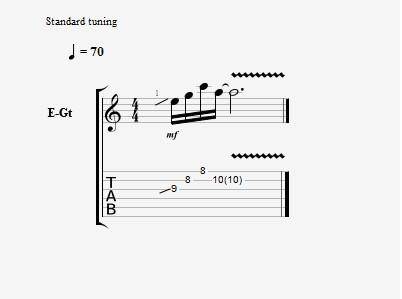 It is a standard Minor Pentatonic lick found in the key A and is a style often used by Hubert Sumlin, who was the guitarist for the renown Howlin’ Wolf.

It throughout features the Dominant 7th tonality, and you should consider learning it and start adjusting things according to your preference.

This lick is known by all the blue players across the globe, so you should not be left behind.

To play this riff, you need to move both your scale pattern as well as the lick inside it to the different frets as this allows you to play the different keys. 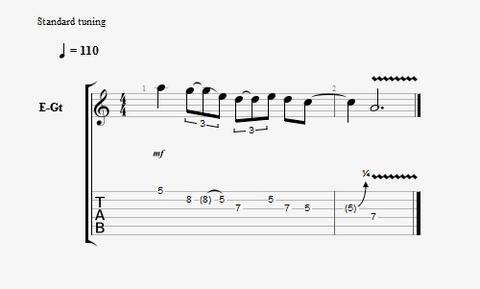 This is one of Bob Marley’s greatest hits, and it incorporates one of the easiest blues riffs you need to learn.

As you play this riff, you need to be patient since there are plenty of repetitive parts, so it is easy to get confused.

Therefore, you should take it each bar at a time, and you will have got the hang of it within a short duration.

This is arguably Van Morrison’s most famous song, and it is no surprise as it features outstanding guitar riffs.

What makes this guitar riff one of the best blue riffs ever is that it makes use of the 3rds intervals in the primary guitar riff, with this without a doubt among the best harmonies to be used ever.

Additionally, it is also very memorable as well as very catchy, so it will always attract the attention of the listeners.

If you experience any challenge when playing this guitar riff, you should then consider practicing two or three notes at a time.

The trickiest part when practicing this riff is the skipping of strings, so you need to be patient when doing this, and slow practice is the best strategy to ensure you can play it clean and accurately. 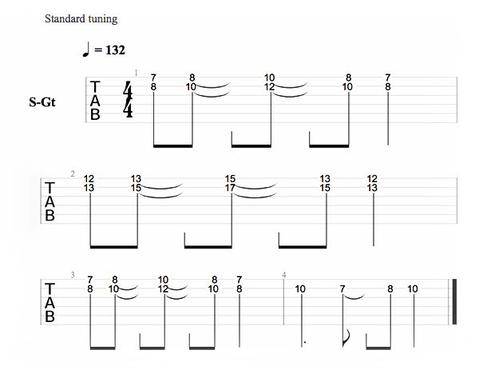 Sunshine of Your Love

Integrated into this song is possibly one of the best guitar riffs in classic rock.

The roaring “woman tone” of Clapton together with an appealing modified riff makes this to be one of the greatest hooks ever.

This guitar riff was produced by Hollywood Fats, who despite not being hugely acclaimed like other celebrities, managed to create this fantastic sound that epitomized the younger generation.

Nevertheless, Fats passed away while still very young but left some remarkable studio as well as live recordings that ooze in quality.

The lick usually begins with a Charlie Christian reduced lick and then later followed by hard-hitting 9th and 13th chords which are getting played along with big band type rhythms.

Additionally, this riff appears at the immediate start of the audio underneath the notation.

The final guitar riff that you must learn is found in Stormy Monday, a classic hit by T-Bone Walker.

This riff brings out some stunning slow blue chords along with an amplified triad.

Furthermore, T-Bone plays this lick at the turnaround of the blues progression, so you opt to use it either at the end or intro of any verse in a 12 bar blues.

The version of this lick is heard when you slide each of the chords into each other on the first bar.

You now of the 13 most essential blues riffs that you need to learn if you are serious about developing your guitar skills further. Consequently, by putting in enough practice and determination into learning these guitar reefs, you will be on your way to mastering how to become a great guitar player.